Student Center East is turning 24 years old this year! To celebrate, we’re taking it back to the 90s where it all began. 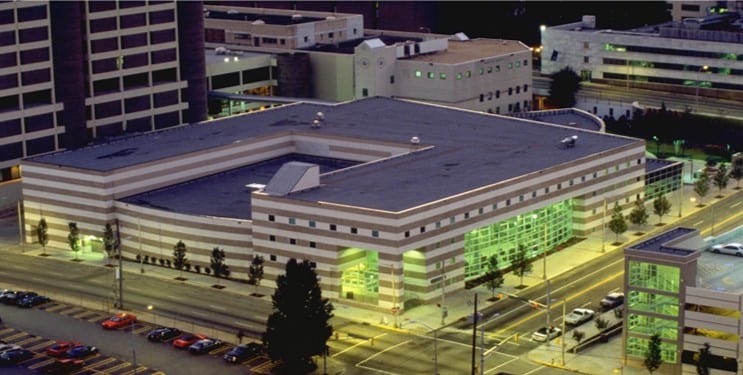 In April of 1998, Student Center East made its debut on the Georgia State University Atlanta campus on Gilmer Street. Georgia State’s enrollment had grown to over 22,000 students. The new building provided a much-needed multipurpose ballroom, a 400-seat auditorium and meeting and programming space. In addition to three lounges, a food court and an outdoor plaza, the center is home to many offices within Student Engagement.

The photo on the left shows Dahlberg Hall (originally built in 1907-09 as Atlanta Municipal Auditorium) on the left and the “Student Activities Building” on the right when it opened in 1964 when the Fall semester enrollment was 5,600. Student Center East would eventually be built in the space between Dahlberg Hall and the Student Activities Building.

Prior to the opening of Student Center East with these new amenities, Student Center West, which opened in 1964 as the “Student Activities Building” and was dedicated as the “Camp Student Center” in 1965 and become known as the University Center in the 80s, was the sole place for student activities at that time. However, with the addition of the student fee-funded Student Center East, this would be the start of the Student Center that we know today. 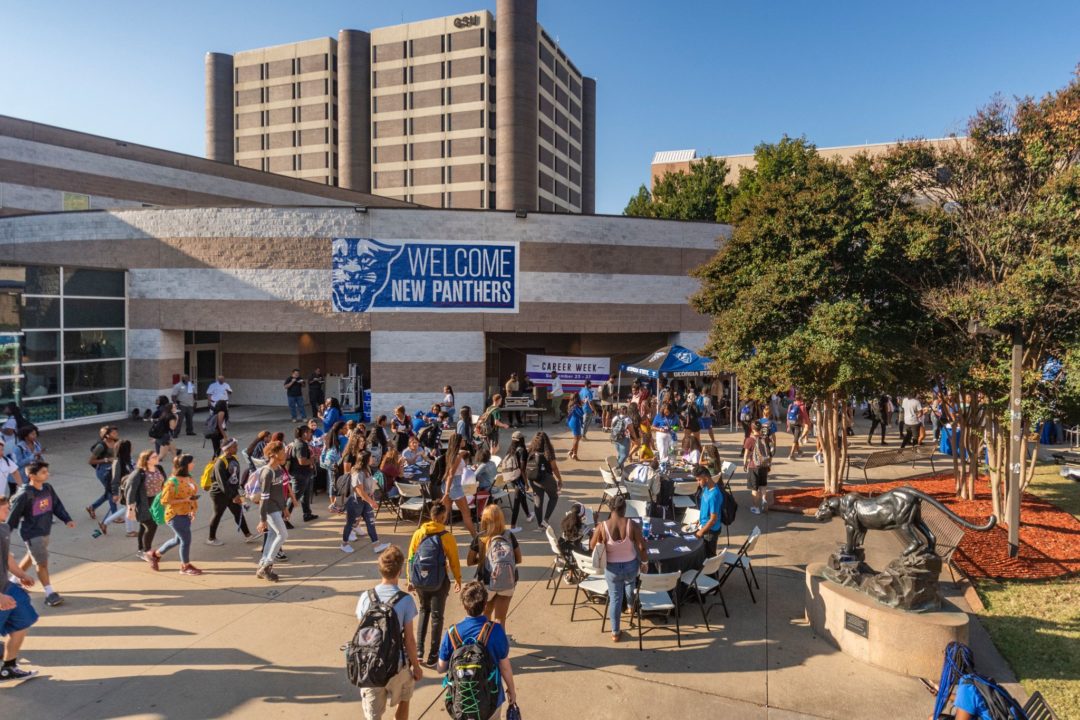 Today, the Student Center is the place for students to stay connected with over 6,000 events a year, opportunities for involvement and places to eat. Students can enjoy Student Center East as a space to hang out between classes, study and enjoy performances and events or the amenities and services provided for the convenience of the Georgia State community. Although the Student Center has grown significantly since the opening of the East building in 1998, it is still committed to enhancing the student experience 24 years later.

To celebrate 24 years since the opening of Student Center East, stop by the first-floor lobby of Student Center East on Wednesday, April 6 from 12 – 2 p.m. There will be selfie opportunities, music, and snacks centered around our nostalgic 90s theme. Students who show they are following us, @GeorgiaStateSC, on either of our social media platforms or in PIN will have the option to choose a snack of their choice!

Send this to a friend